“There Is No Mind Or Soul, God Is Nothing More Than The Complex Operations Of Brain Stuff…”

…And Other Things They Teach In College Psych 101. 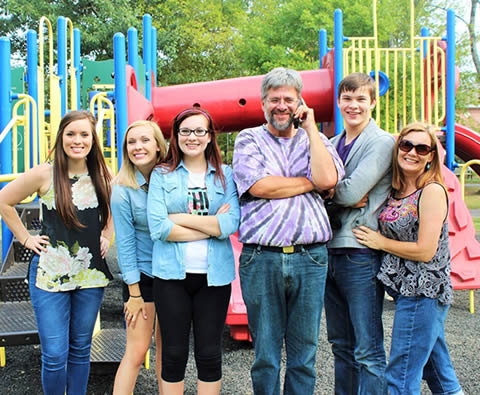 In this thought provoking psychology speaking engagement, Dr. Tim Rice explains how modern psychologists apply evolutionary theory to explain love, altruism, faith, consciousness and every other aspect of the mind.

“The fight against evolution, in my opinion, will not be won with arguments of sub-cellular irreducible complexity. It will be won in the arena of the incomprehensible complexity of the human mind.”

He explains why he believes that the real fight against evolution is in psychology, not biology. Evolution’s death knell won’t come from cellular biologists, geologist, or anthropologists. It will come from psychologists. Dr. Tim says, “the fight against evolution, in my opinion, will not be won with arguments of sub-cellular irreducible complexity. It will be won in the arena of the incomprehensible complexity of the human mind. Evolution cannot co-exist with dualism. If we have a soul, evolution is dead. If we have a mind, in any meaningful sense, evolution is toast.”

My mission is to reclaim psychology for Christ. My goal is to equip every Christian, especially Christian high school students, to recognize at the worldview level, the assumptions and philosophies underlying modern psychology’s theories.

It is appropriate for Christian students to learn about the brain, behavior, learning, personality, consciousness, dreams, and more, but Christian parents should prepare their children to recognize the worldview assumptions underlying modern psychology’s approach to those topics. Christian parents should (as they do with the evolutionary assumptions underlying modern biology) be sure their students can approach psychology’s content form a Christian perspective.

Dr. Tim Rice explains that there is an excellent chance that your student will take psych 101. Did you know that psychology departments are home to some of the most anti-Christian intellectuals on college campuses? The college psychology professor is unlikely to nurture your child’s Christian worldview. He’ll probably ridicule it as unscientific, irrational, prudish, exploitive, controlling, inhibitive, oppressive, and naïve. Modern psychology (not without exception) presumes that atheism, humanism, moral relativism, and evolution define the appropriate study of psychology. They do not.

Even if your homeschooler does not go to college, psychology’s theories are widespread and influential in the culture and the Christian Church. Your child is probably well prepared to refute the world’s philosophies, but in psychology, the philosophies are new, subtle, attractive, and difficult to recognize. Is your student ready?

Why Does Poop Stink?

Evolutionary psychologists know why. In this funny and thought provoking session, Dr. Tim Rice explains why poop stinks, the “Astonishing Hypothesis,” and other examples of the worldview assumptions taught in college psychology today.

Prepare your students. Make sure they recognize when something just doesn’t smell right.